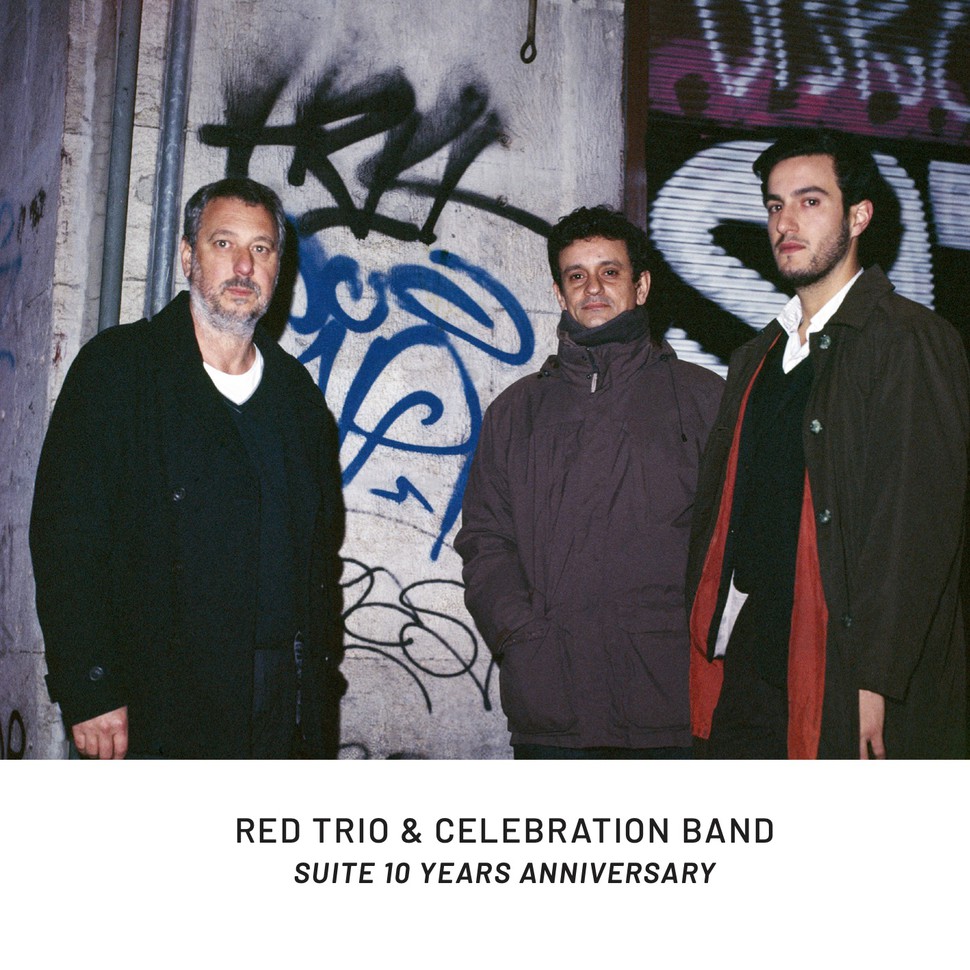 When I look back to the past twelve years, I see how clearly RED trio was important for me as a framework to grow up not only as a musician but also as a person.

I remember perfectly the day I met Hernâni. We were playing together at a concert at Hot Clube de Portugal in Lisboa and during the dinner we exchanged some ideas about how interesting it would be to have a long term project around free improvisation. Some weeks later, Hernâni sent me an email inviting me to form a trio with a young drummer I didn't know at that time, Gabriel. Soon after that we started having regular rehearsals at the Trem Azul store. We played a lot and we always recorded those sessions which we listened to and discussed together. More than that, we exchanged a lot of ideas, concepts about music and recordings we loved.

I remember that we always had very positive and transparent discussions about the music we were making and where we wanted to go. There was always this desire to materialize the music each one of us had idealized for the trio. Sometimes this led to some tension on the path to follow, but we always managed to get a common way for all of us.

Because we never thought about RED trio as a piano trio, where the piano has the leading role, we were always open to play with other musicians. This was something we always did as a way to get into the trio disturbances, to bring new ideas and new ways of thinking about improvisation and music. We always thought about these collaborations also as a perfect way to learn and to grow as musicians and improvisers. All the musicians we invited to play with us brought new and fresh ideas to the table, but I think that although our music was slowly being transformed and evolving, the core idea that the trio aimed to follow since the beginning was always there: a democratic sense of responsibility towards the music and the group.

After all these years, a lot has changed. Our music in the trio is very different from what was supposed to be at the beginning: more tense, more quiet and more detailed. We also changed a lot as individuals, because the three of us kept always working on different projects individually and bringing all these new influences to the trio. The initial idea of building a group from the ground up was somehow accomplished and for us it is interesting to realize that in the past years the group gathered only for the concerts and played as freely as possible without any preconditions or arrangements beforehand.

So, after all these years, having a big event on our 10th anniversary was something that we really desired to do. We wanted to make a celebration and invite musicians that we love and admire and with whom we had played before as a trio or in other contexts. Pedro Santos from Maria Matos theater in Lisboa was very enthusiastic about the project and helped us to make it happen.

Our idea for the concert was for each one of us to compose a piece independently, choosing a small ensemble from the musicians we planned to invite for the concert. We didn't talk between us about what each one was preparing or composing. It was more an individual process than a collective one. All the musicians that were playing, including the three of us, only met these pieces on the rehearsals two days before the concert and it was very interesting to see how different they were. Each piece represents a lot of the personal vision each one of us has about music and improvisation. On all pieces, there was care on organizing such a large ensemble of musicians and structuring the parts in a logical and musical way. Nevertheless, on all the compositions there was a lot of space left blank for all the musicians playing, all of them contributing with ideas and music towards the end result.

At the end, this was a moment I will never forget. This concert represents a lot of the path the three of us took when we formed the trio twelve years ago. A path of curiosity, learning and sharing.

Another RED Trio commitment is the determination to operate in a democratic fashion, avoiding the keyboard and rhythm section dynamics of your average piano trio. Pinheiro’s “Corrente” flirts with disruption of that rule by placing his piano at the music’s center. But his rumbling presence provides more sonic foundation than authoritarian direction, with subsections of horns and percussion swirling and subsiding like a ballet performed atop a mesa by a troupe of tornadoes.

In February 2018, Lisbon’s RED Trio gathered friends from Portugal and beyond to record a tenth anniversary suite. Across the three parts, RED are joined by combinations of saxophone, trumpet, trombone, vibraphone, cello and electronics. Pianist Rodrigo Pinheiro’s “Corrente” has a beautiful feature for vibist Mattias Ståhl, and an animated conversation between the horns in which Luís Vicente’s spit valve trumpet takes a star turn. Featuring Miguel Abreu’s haunted vocals, drummer Gabriel Ferrandini’s “Mais Vale” is a slow crawl of piano clusters and abstracted blues, like Jandek via Morton Feldman. Bassist Hernâni Faustino’s “Ditirambo” has a similar preoccupation with space, as Pinheiro’s questioning chords give way to Ferrandini’s skittering drums. John Butcher’s saxophone heralds the introduction of the other players, but even in the more dramatic ensemble passages, there’s an eerie sense of drift. 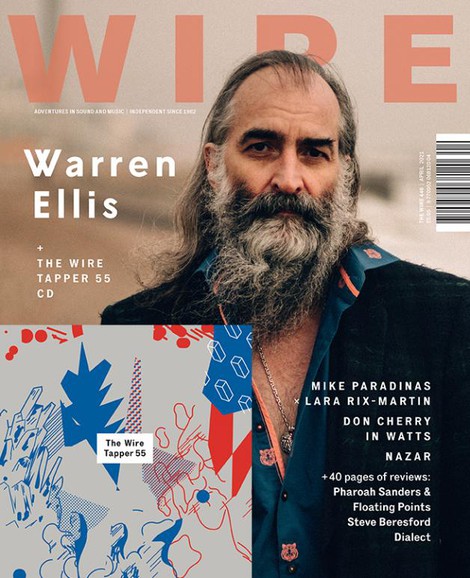 This is a story that, at least for me, goes back to the humble beginnings of the Jazz Composers Orchestra with Carla Bley and Michael Mantler in front, and the larger ensembles and contexts one has heard the pianist Cecil Taylor in. In particular, I think it does prevails in Pinheiro's excellent piano playing, especially on the first sequence.

Sometimes, when the music already seems to be installed and in a state of flux, a totally purposeless piano emerges (Pinheiro) that changes the chamber parameters of the music and with it come two tenor saxophones (apparently those of Rodrigo Amado and Pedro Sousa, because in the Also gathered is John Butcher, who recorded two albums with the Portuguese, “Empire” and “Summer Skyshift”), a trumpet (Luís Vicente) and a cavalcade “drive” aligned with free jazz. The piece in question, “Corrente”, does not stop there: there is a sudden pause and what follows combines computer (the aforementioned Carlos Santos) and percussion (David Maranha joins Ferrandini). What we hear in this part is an electroacoustic piece that then breaks up again with the piano, in a magnificent solo that chases the clusters of notes of a Cecil Taylor. Another solo is provided, that of the vibraphone by Mattias Stahl, guest of the Red Trio on the album “North and the Red Stream”, and yet another one, that of Butcher's soprano sax, which calms the general intensity. Arrived here, the piano (Pinheiro is the author of the piece), the vibraphone, the soprano and the double bass by Faustino are harmolodically solarized (in other words, together, without hierarchical positions). Then Vicente's trumpet returns, piercing through the mass that grows until the “grand finale” and the dissipation led by Ernesto Rodrigues. A delight.

The first track, called "Corrente" is written by Rodrigo Pinheiro, as an half hour long magnificent piece for the ensemble, and it by itself can be considered a suite, with its varying subthemes and thematic shifts, ranging from slow fragile textures to intense and dense interaction, with all restraints dropping away near the end of the improvisation.