Home / Music / Praise of our Folly 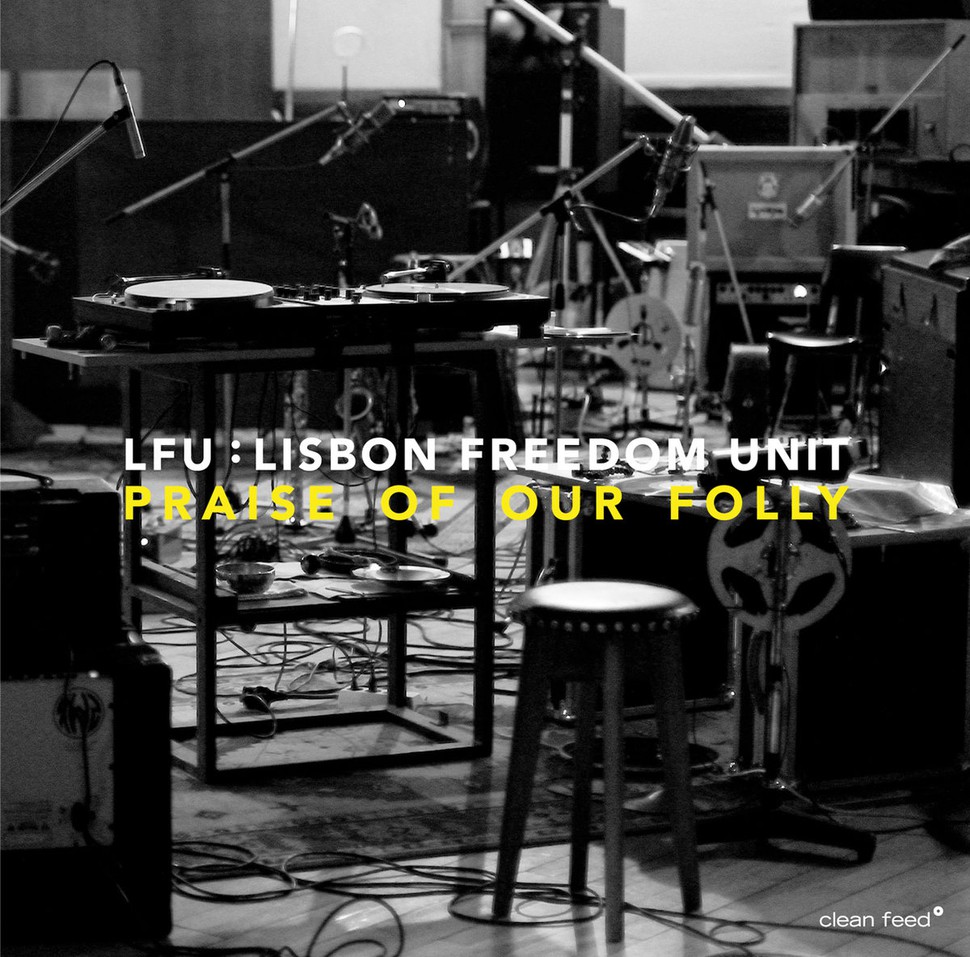 Praise of our Folly

The first avant-gardes of the 20th century began a special interiorization of aspects coming from the creativity of children, of the then-called “savages” and of the demented, and that interest explains much of the Western artistic evolution until today. The improvising co-operative Lisbon Freedom Unit assume that legacy in its musical practice and in the title of this record, refering it to the classic “In Praise of Folly”, written by the Renascentist scholar Desiderius Erasmus. Without a leader, this ensemble of nine reunites some of the most distinguished musicians of the Lisbon free jazz and free music circles. Mixed here are the members of Red Trio (Rodrigo Pinheiro, Hernâni Faustino and Gabriel Ferrandini), of Garden (José Bruno Parrinha, Ricardo Jacinto, Luís Lopes) and of the duo Eitr (Pedro Sousa and Pedro Lopes), and also 2/3 of the Rodrigo Amado Motion Trio (Amado, Ferrandini) and 2/4 of the Luís Lopes Humanization 4tet (Lopes and Amado). Having all of them in the same band it seems is in itself crazy, but the only chaos you’ll hear is totally organized: if nobody follows a sacrament it’s because only folly can bring us close to God, as Erasmus used to say.

The album’s name is a play on the title to Erasmus’ satire of human self-deception and that of his Church, a book that is ironic yet also a recognition of the necessary part our foibles play in life. For the Unit, I suspect the album title carries the suggestion that musically, when approached in the right temper the unplanned is a constructive activity, however foolish that might seem, and that it can bring about those serendipitous moments that are valuable stimulants to the imagination. Or, to revert to Winnie the Pooh, “One of the advantages of being disorganised is that one is always having surprising discoveries”. Yes, Indeed.