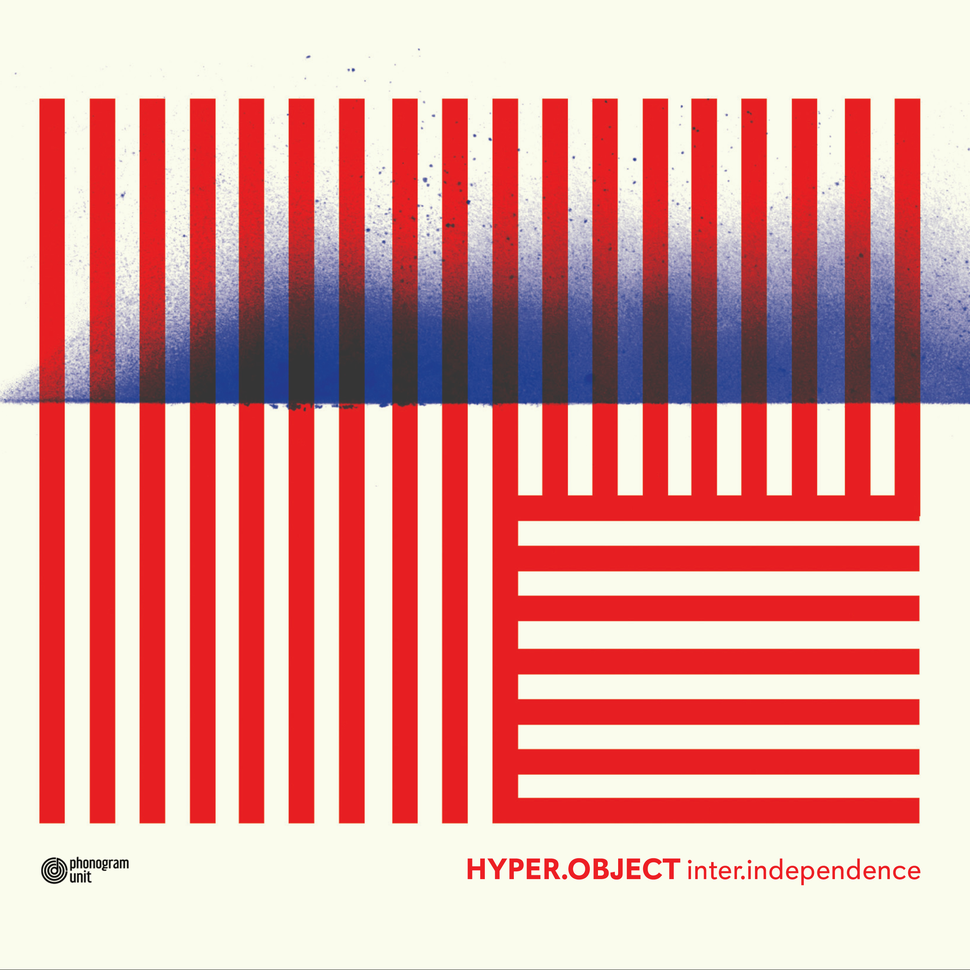 “Hyper.object” was formed in 2019 by three veterans from the Lisboa free improvised scene (Rodrigo Pinheiro on the piano, Hernâni Faustino on the double bass and Carlos Santos on the electronics) and by two young musicians (João Almeida on trumpet and João Valinho on drums).

Since its beginnings, the group had frequently joined for rehearsals but as soon as the pandemic hit, the gatherings were restricted to only when there was an opening on the frequent lockdowns. During one of these openings "inter.independence" was recorded.

On "inter.independence" the premise defined for the recording session was, beside all musicians having complete freedom to improvise and to choose what to play, there should be an active focus for each one to develop their ideas individually and to not immediately react or engage in direct dialog with the other musicians on the group. What was being experimented was the creation of several individual and independent layers that would interact organically, so that the tension would arise by the textures and by the expected and unexpected interactions created between these different layers that each musician was taking care of.

As the title suggests, this Portuguese quintet's intention was to concentrate on their individual improvisations without immediately reacting to or engaging with each other, layering five discrete performances in real time to spark unexpected moments of synchronicity. They all clearly have very good intuitive ears because the results are surprisingly coherent and convincing. The opening track "Glitch" is a brief burst of dense free jazz but it works best when there's more wriggle room; "Low" starts with ponderous arco bass and a quiet undertow of percussion over which Joao Almeida toots bumblebee trumpet, Rodrigo Pinheiro radiates warm piano ripples and Carlos Santos's burbling electronics bubble up like a puddle of hot volcanic mud.

[...] combines electronic phrases with open jazz, dynamic and very acoustic improvisations. [...] Quite abstract improvisation, again a bit distant from the jazz idiom of the beginning. A collective story, barely touched by synthetic ornaments.

“inter.independence” is a truly challenging album, which demands to wander in order to fully enjoy it.

And that yields a highly abstract, deep, non-idiomatic music, aurally close to some contemporary and truly experimental chamber music. Here everything is done with subtlety, as if it was born from the silence itself and aspired to it. [...]It is music that asks for attention and gives us the reward of permanent surprise.